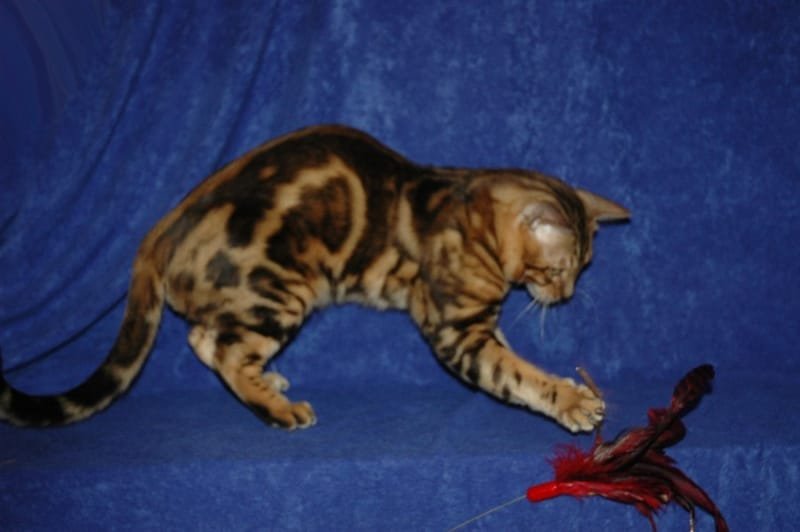 Pictured to the left, is Camelottaspots King George. Georgie is a Quadruple Grand Champion in TICA and was 13th Best Shorthair Cat in the SW Region for the 2005-2006 show season. In addition to that, Georgie was the number two marble Bengal Internationally.  He has an absolutely stunning pattern and in addition to his tiny ears, he passes on great clarity of coat to his offspring.  Georgie had accumulated well over 6500 points, but  alas, was not able to capture that elusive Best Cat award for his Supreme Grand Champion Title.